The Internet of Things

To many people “The Internet of Things” is one of those terms that they utter in only sarcastic tones while winking with one eye, the way we sometimes use to joke about “ doing lunch" , or say “I’ll ‘Tweeeeet’ it to you,” as if Twitter were something only super-nerdy tech-freaks did. There are other people who spend most of their waking hours reading about and Tweeting about the latest developments in “IoT” technology. I know some of each.

For starters, I want to say that I think the term “ Internet of Things ” is odd in and of itself. It most definitely does NOT roll off of the tongue and it can be difficult to just slip it into a sentence. When someone asks me what I am reading about, and I respond, “I am reading about the Internet of Things,” I commonly hear back, “Things? What things?” At which point in time I generally launch into a short description of what it means to make a device “smart” and what devices they may already know of that utilize the IoT, without explicitly using the term (like FitBit).

To be fair, we are still pretty much in the early-adopter phase of the Internet of Things (IoT) as it relates to consumer goods and common applications. And, like me, the makers of FitBit and Nest probably see little value in throwing around the term “ Internet of Things ,” even if it is technology they use. If this is anything like the Internet itself, or smart phones, within a few years, most people will not remember much about the era before smart devices. People will wonder how they survived the world of manual toaster ovens and push button garage doors.

For people who do not know much about IoT yet, the Internet of Things is synonymous with making any object “smart,” (i.e. giving it connectivity so it can collect data and then transmit that data to other devices via Internet).

For consumers, the most notable IoT devices include exercise bands (like FitBit), thermostats (like Nest) and various home appliances (like coffee makers, garage doors and swimming pool filtration systems). Thus far, these devices have only just begun to penetrate the market. The most common are the health monitoring fitness bands. Many people have grown fond of knowing how many steps they have taken in a day or how many calories they have burned. People like to have “friendly” competitions with their friends over who exercises the most. However, by most accounts, the use of these health bands is short lived. Most users get attached to them for a short period of time and then either misplace them, forget about them or simply lose interest.

Nest is by far the most common household application. People use Nest to control their thermostat, saving energy by “teaching” the device to keep their home at the proper temperature without constant monitoring. 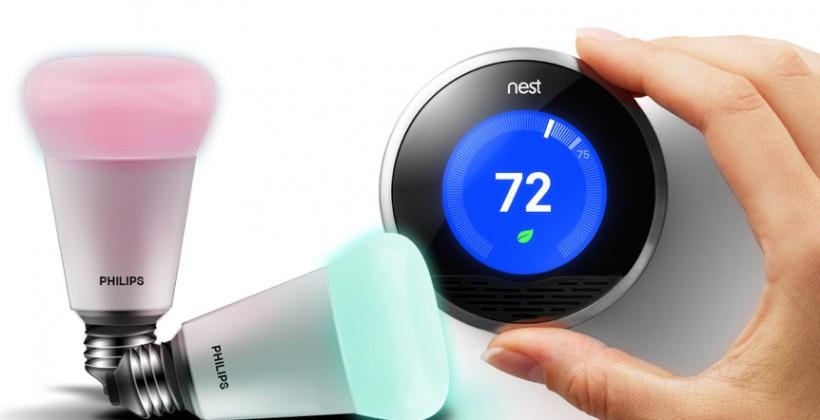 “Smart” doorbells, like Skybell are gaining market penetration as well. I was lucky enough to hear Skybell CEO (Andrew Thomas) speak in a class and he told a highly compelling story about a woman who was traveling abroad but, using her smart phone which was connected to a video camera embedded in her doorbell, was able to talk a stranger off of her front doorstep by pretending to be occupied in the back of the house. Minutes later, a neighbor’s house was robbed. Coincidence? Maybe,....but maybe not.

Other home applications include swimming pool filtration systems that alert swimming pool maintenance providers with data to determine when the pool needs service. Makers of toothbrushes for children have incorporated sensors to monitor how long children are brushing their teeth and award incentive points to get the kids to stay at it longer. Manufacturers of devices like Tile, provide people with assistance in tracking their keys, reducing time spent searching when people are anxious to get somewhere.

Home devices, like Amazon’s Echo and Google Home assist home chefs with recipes, provide weather reports and turn lights on/off at appropriate times. Given the advertising money Amazon and Google are throwing at these products, they are among the most visible to typical consumers, but many reports indicate that these devices are not gaining traction as quickly as manufacturers had hoped. Most of the people I talk to still don’t really see the benefit, and some are concerned about security and invasion of privacy.

In my estimation, it will take some new product or a series of a few highly appealing products to boost market penetration but before long, smart home devices will be almost as common as electric garage door openers and Mr. Coffee machines. I also suspect that these types of home management systems will eventually be built into homes, in much the same manner that electricity and plumbing currently run through the walls of our homes. The EXACT nature of these new applications remains to be determined, but somewhere, in some garage, someone is working on the home appliance that will push smart home devices into the mainstream and make them as ubiquitous as the World Wide Web is today.

What most people don’t realize about IoT is the potential in the industrial and business sectors. Factories are installing “smart” sensors and/or “beacons” in their manufacturing plants that monitor everything from energy usage and temperature, to inventory and maintenance needs. Businesses use these devices to cut energy usage (saving money); track inventory more accurately (making them more efficient) and improve machinery maintenance (reducing unpredictable outages and making equipment last longer). Savings to businesses can be extreme and will ultimately make industries leaner and much more efficient. 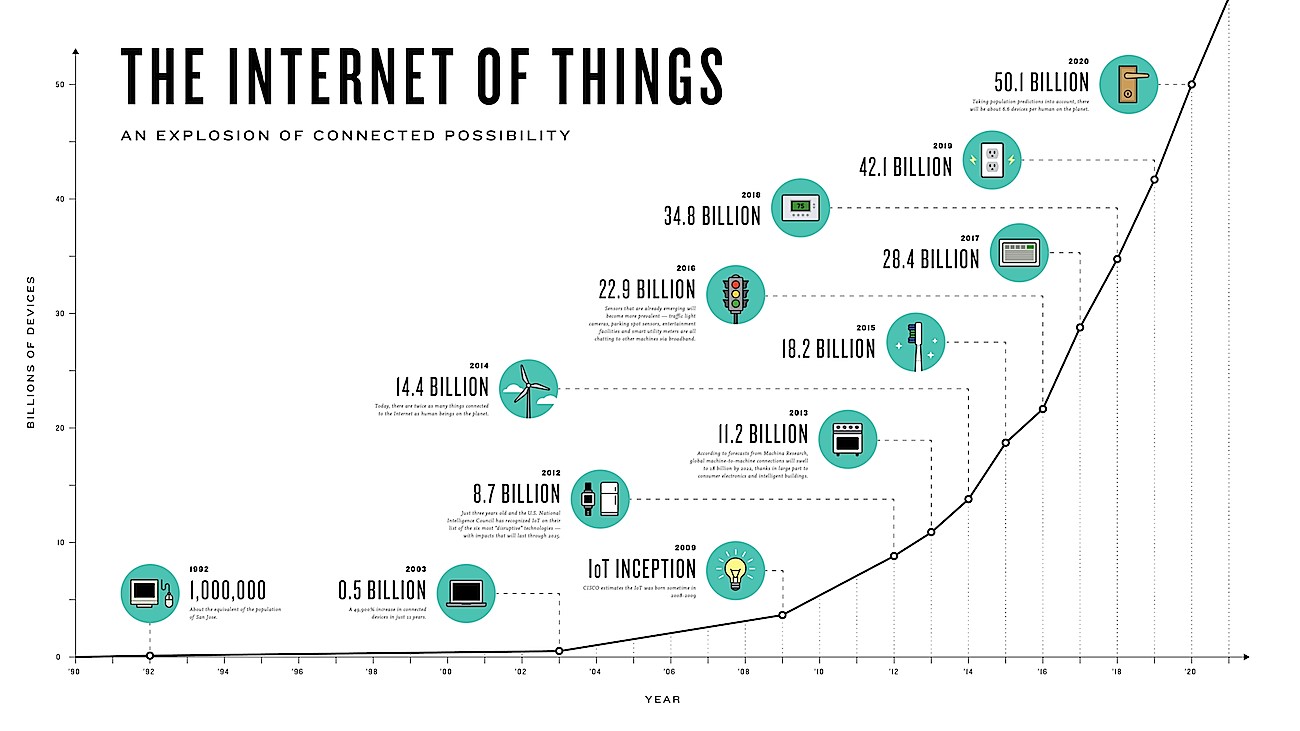 These are just a few; there are so many more examples.

There is no field of IoT that captures the public’s imagination more than the autonomous car. America is, after all, a car-based society. Business and technology columns in newspapers and on the Internet seem to have daily updates on recent testing performed by companies like Tesla and Google’s self-driving car team. In and around Silicon Valley, it is not uncommon to hear people talking about seeing the automated cars on the road during test runs. Each and every day, we get closer to the point where we will sit in a car, watch a movie or chat with friends after simply telling our car where to take us.

This of course raises many questions about how business and society will change in response to the roll out of massive numbers of automated cars. Will people still want to own cars? Or will they simply summon a car owned by a third party to “deliver” them to their destination when desired? Will delivery of food and merchandise become so automated that people begin to lose jobs? Will autonomous vehicles be safe? Could someone hack my auto’s software and force me to go on a ride that I did not request?

Only time will tell, but it is safe to assume the number of these vehicles on the road will only increase in the immediate future. Like it or not, we are clearly living at the edge of a new wave of technology. Will the roll out of IoT devices surpass the impact of the World Wide Web ? I doubt it, but we just can’t tell. What we can do is observe it, research it, dip our toes in the water and see where it flows. Business leaders can try to take advantage of this enormous opportunity by finding fertile markets. Consumers can remain skeptical, but seems inevitable that the Internet of Things, as odd as it sounds, has only just begun to impact our lives. Clearly, momentum is building, to the point where consumers and businesses alike will feel as though they cannot survive without it in just a few years.